A laboratory that makes the world enjoyable in five minutes

5minlab. It sounds like a laboratory just by its name, but it’s actually a game studio. Creating games of diverse genres, 5minlab is making new challenges for its goal of fascinating the users in five minutes with exciting, immersive experiences. It has presented “SMASH LEGENDS” and “Toy Clash” to the users around the globe. This February, 5minlab became KRAFTON’s new independent studio. In this blogpost, you’ll be able to have a glimpse of 5minlab’s Hapjeong office, added to what the employees of 5minlab think of their studio. 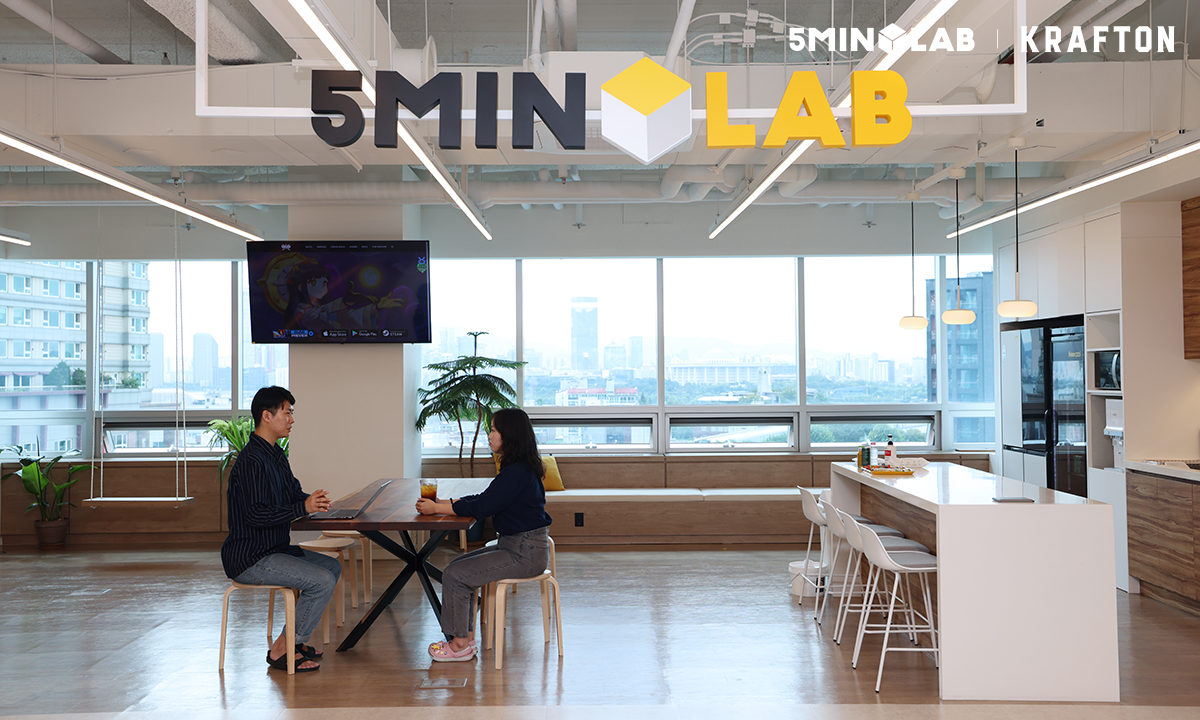 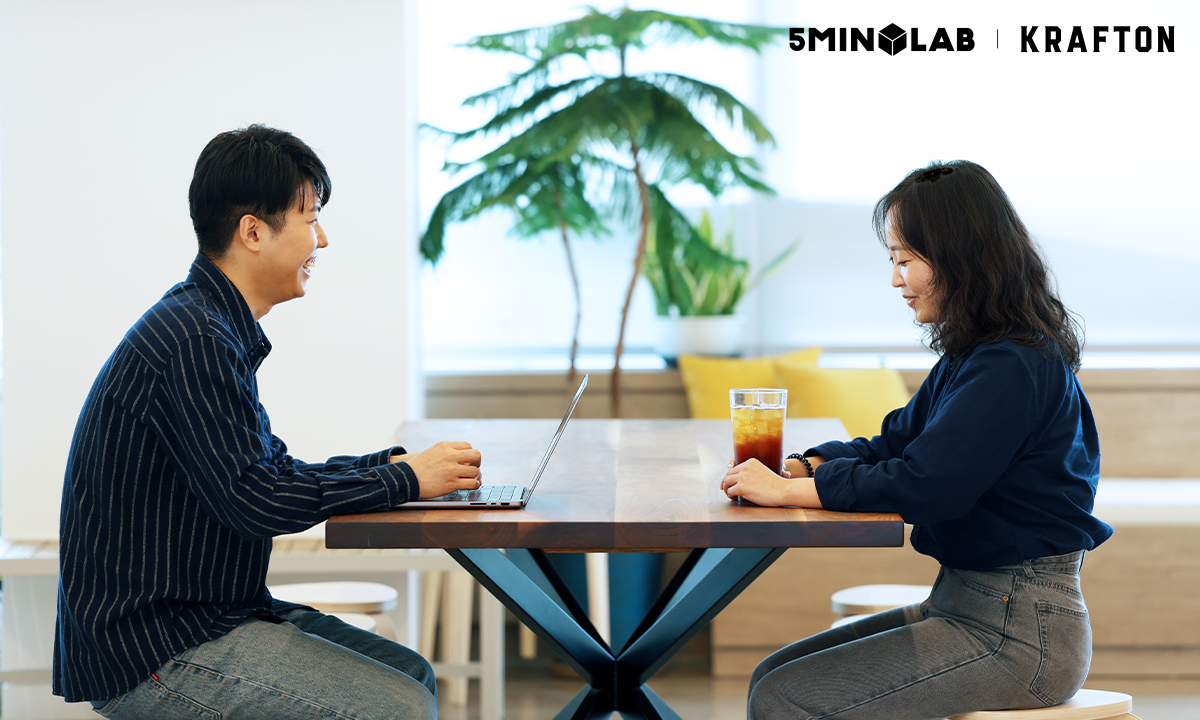 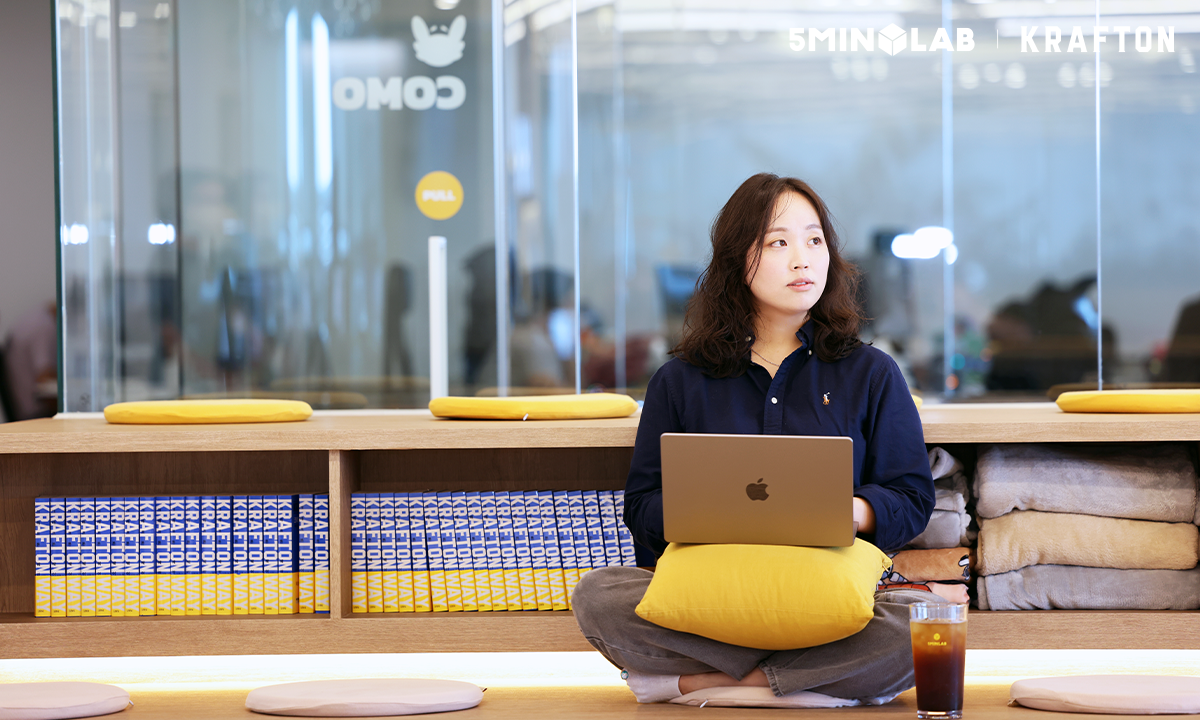 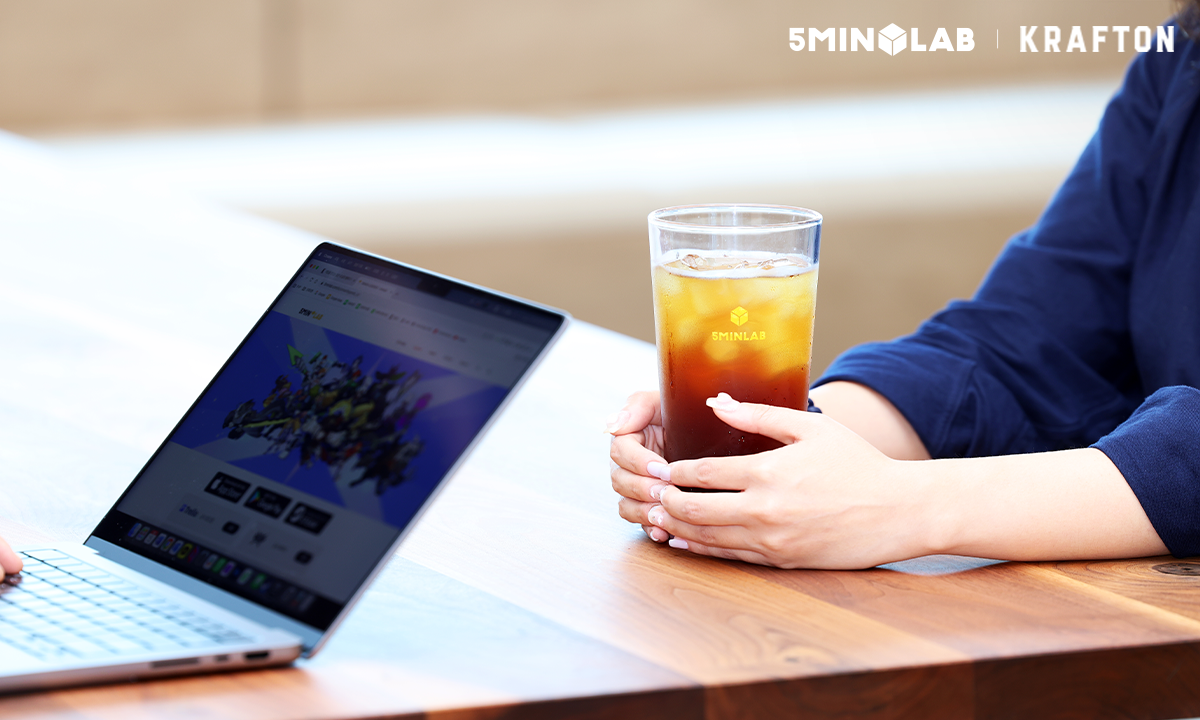 The scenery of National Assembly Building, Yanghwa Bridge and Han River over the large windows makes it more pleasant to come in and out of the office and to enjoy some break at the lounge.

The new office has larger workspaces and staff lounges and there are more meeting rooms and I really like it.
Also, the office is located on a higher floor and nothing disturbs the view. I’m fully enjoying the wonderful landscape. 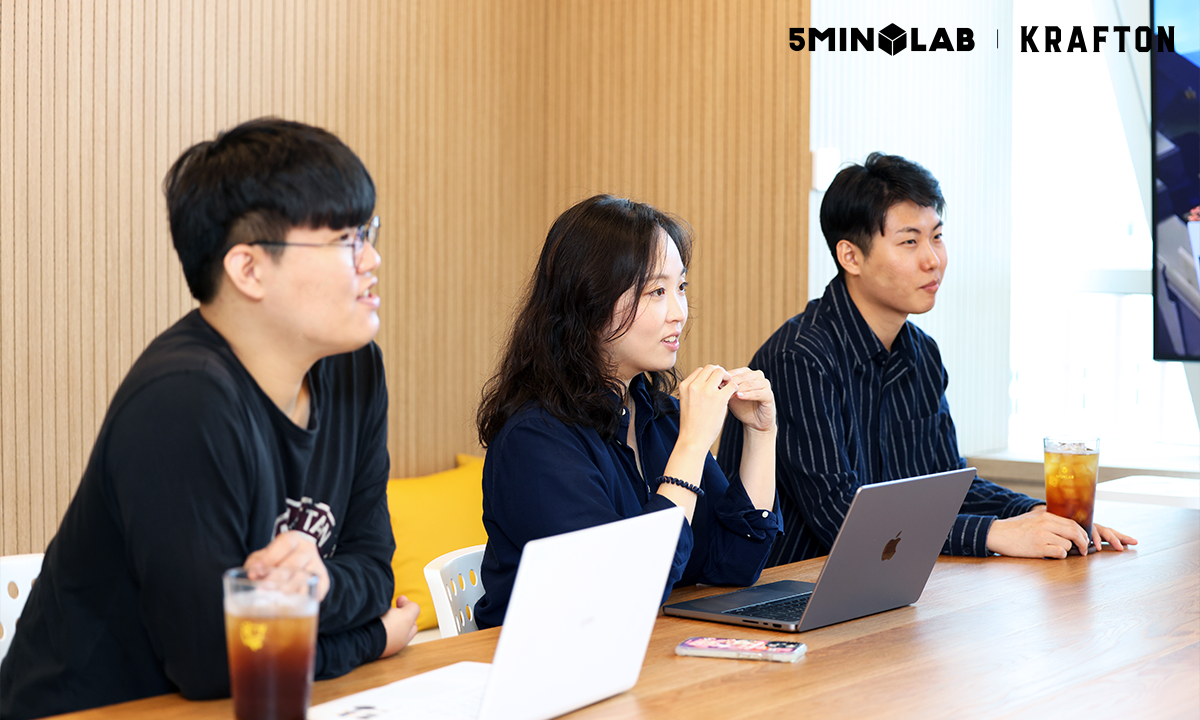 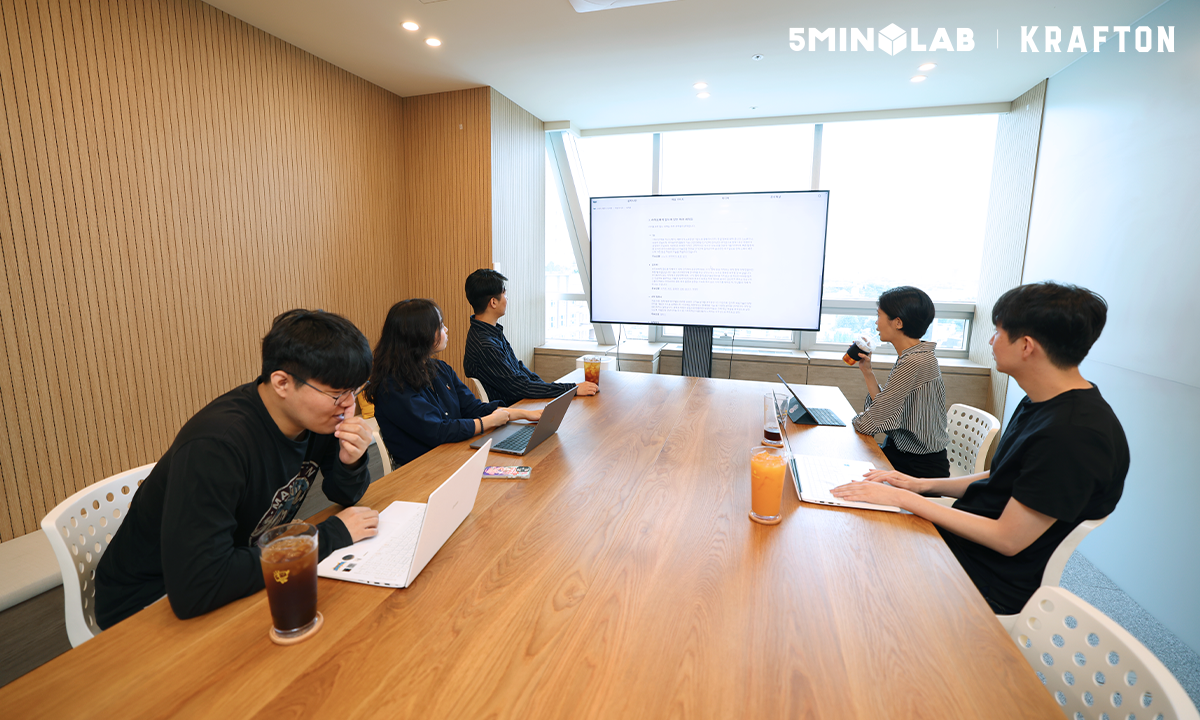 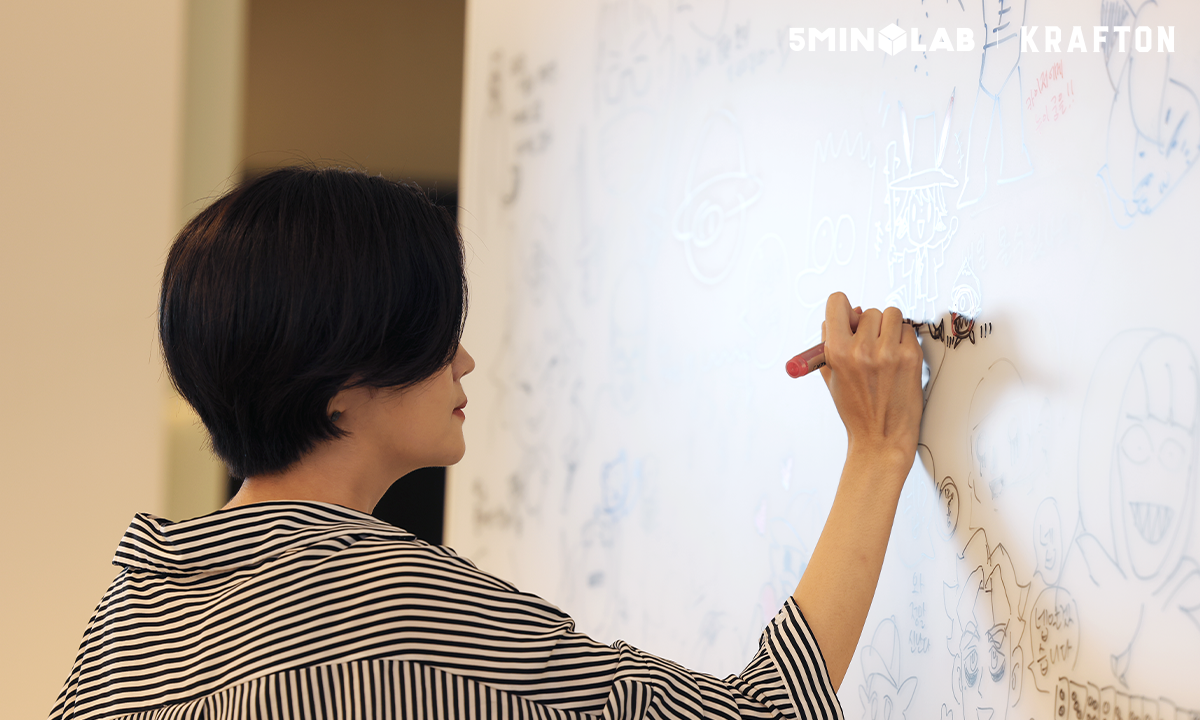 The walls of every meeting room are made of transparent glass, so it feels very opened.
And they also absorb sound very well.
As the meeting rooms are named after 5minlab’s games, I feel more comfortable inside.

If I have to put 5minlab in a word, I’d choose People.”
5minlab is place run by people.
For everyone to achieve even greater goals, we clearly open everything such as how the firm is going to be managed and how decisions are made. Sometimes we falter or get to change things. But I believe we always stay reasonable in the process.

I think Freedom is one of the words best expresses 5minlab.
It is a company that respects everyone’s choices based on the trust on us and everyone is free to talk with any subject. 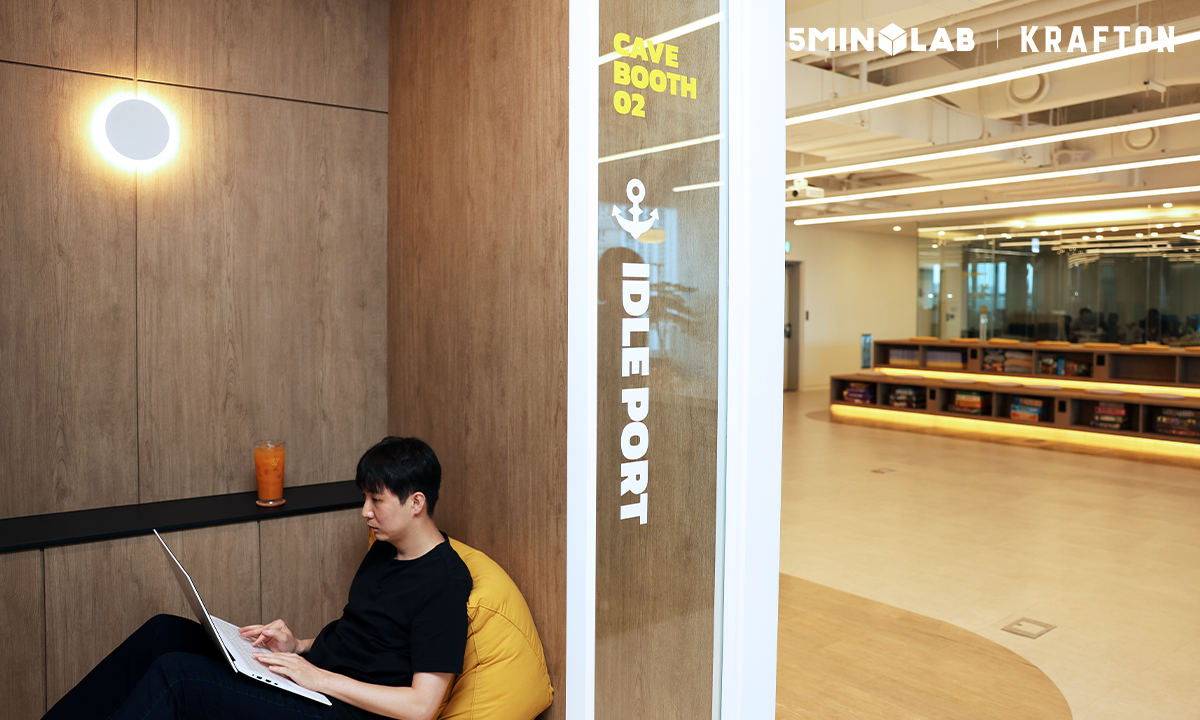 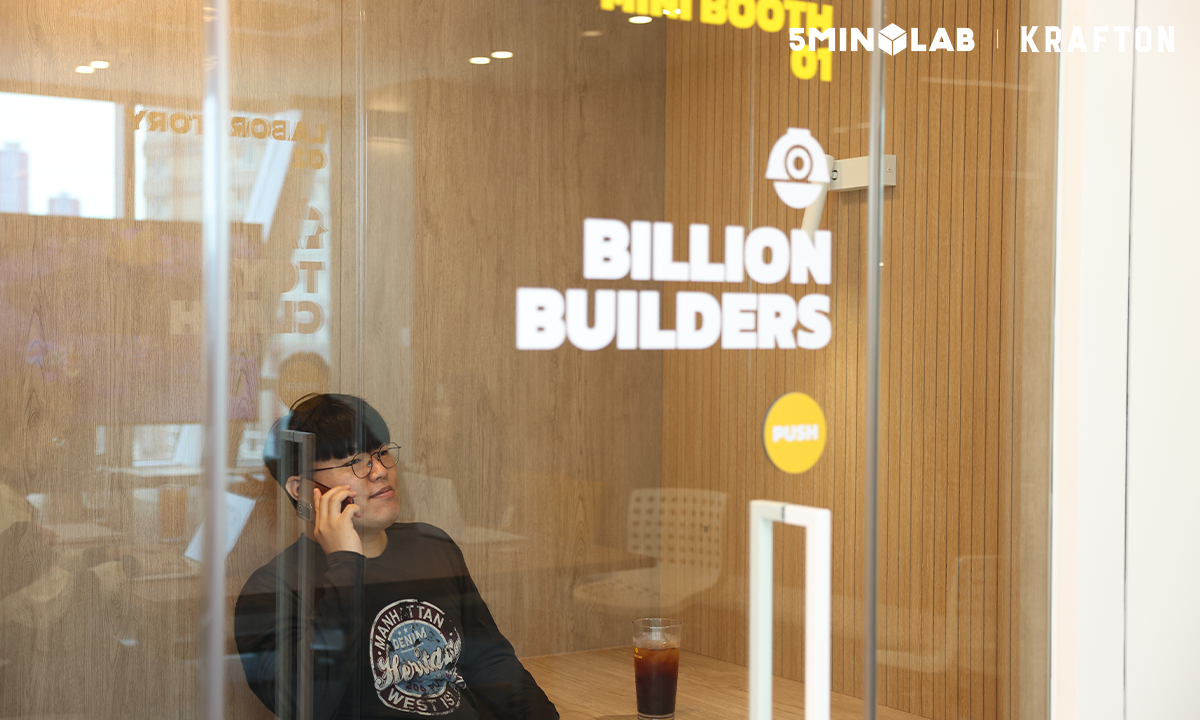 Due to the nature of my work, I often need to handle confidential information.
As we have spaces where we can work alone, I make good use of them.
Also, when I cannot concentrate on work, I can refresh myself, using CAVE BOOTH and MINI BOOTH. 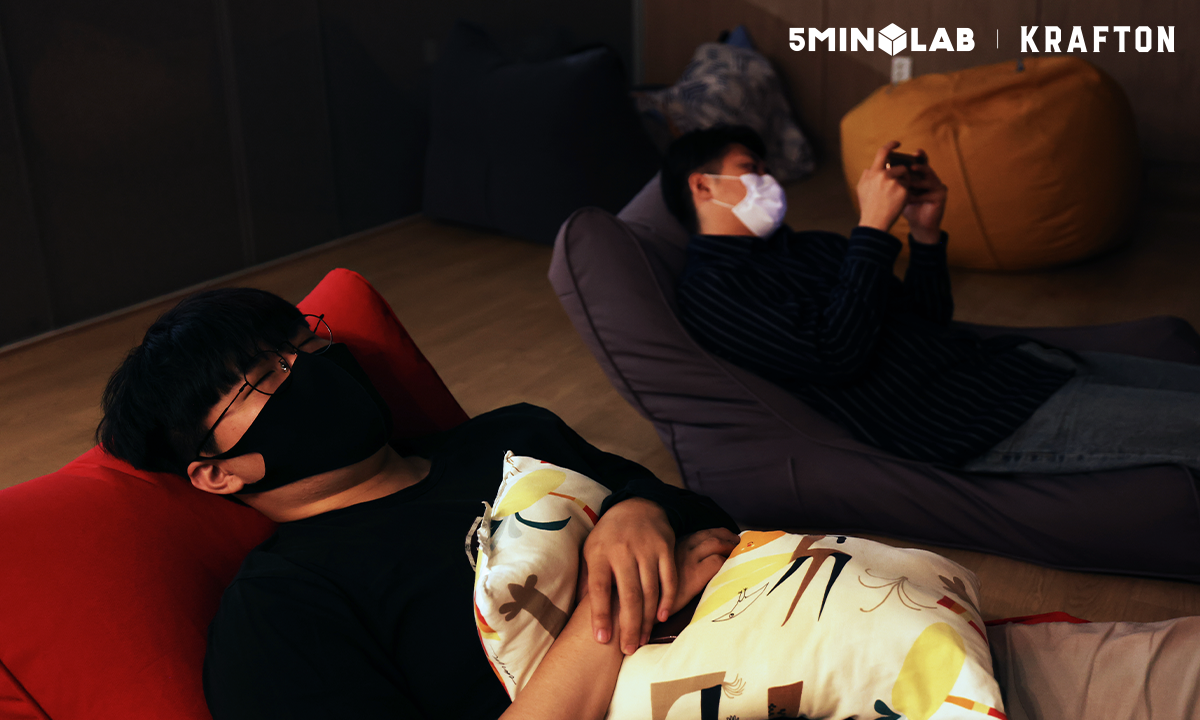 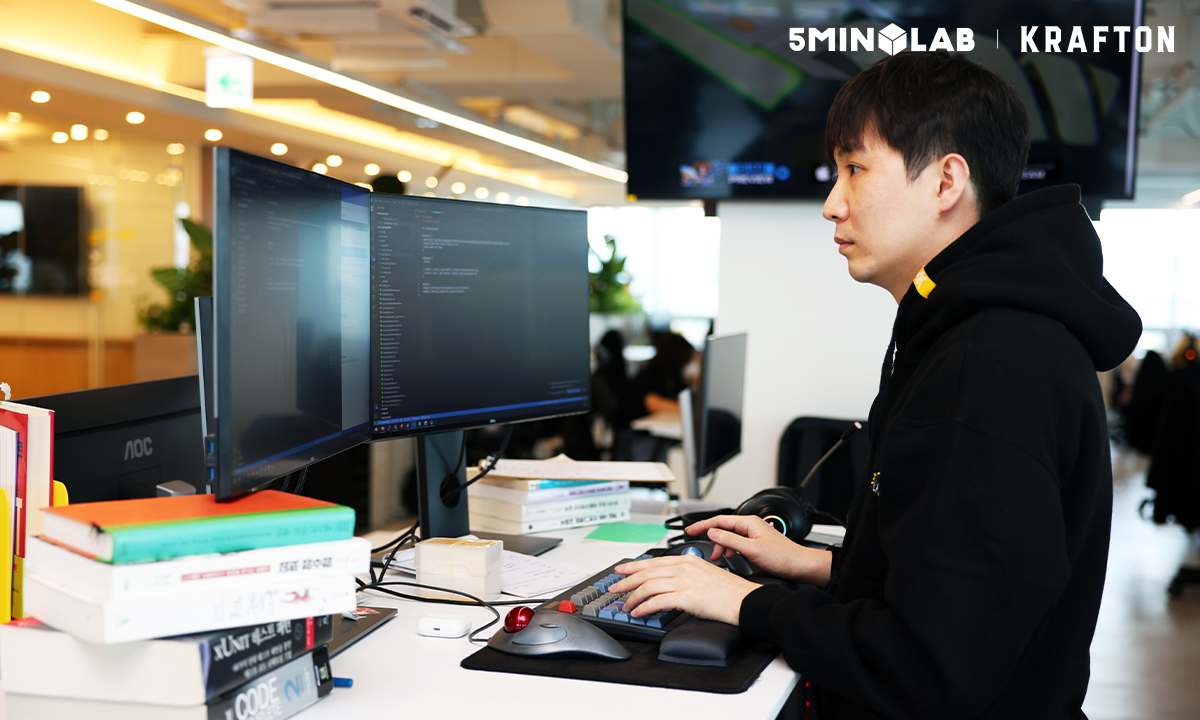 I learn something new every time I challenge for the new.
I believe these experiences would let 5minlab accomplish its goal someday. 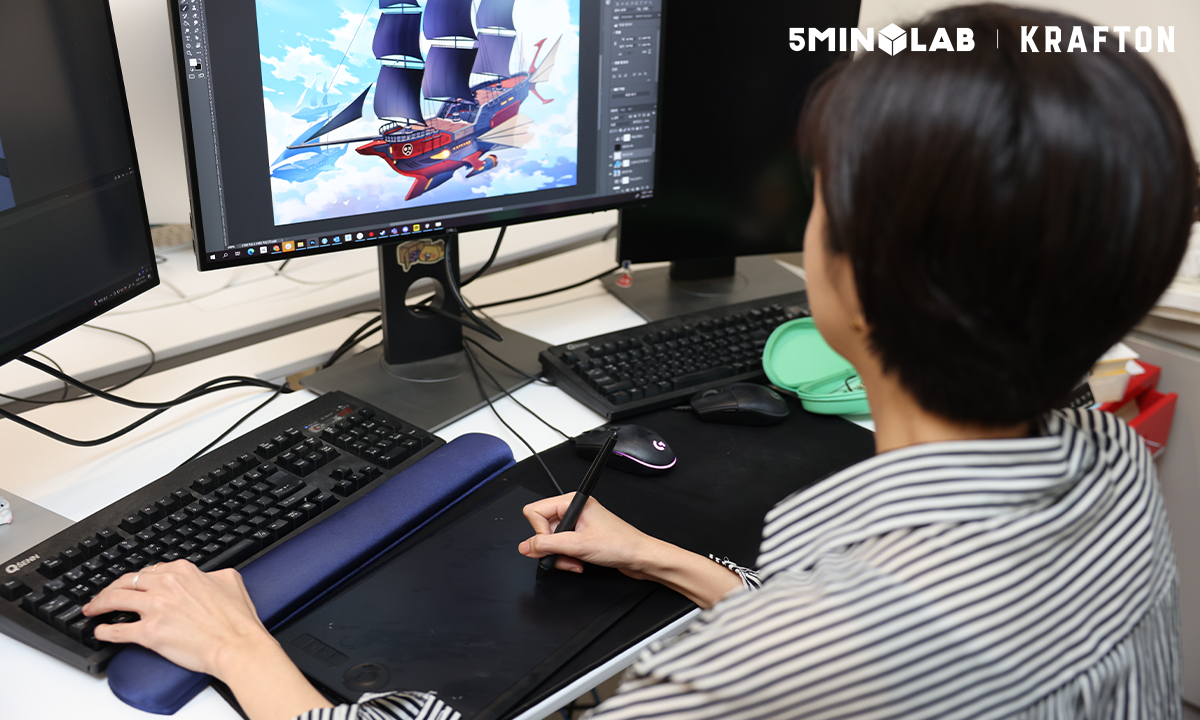 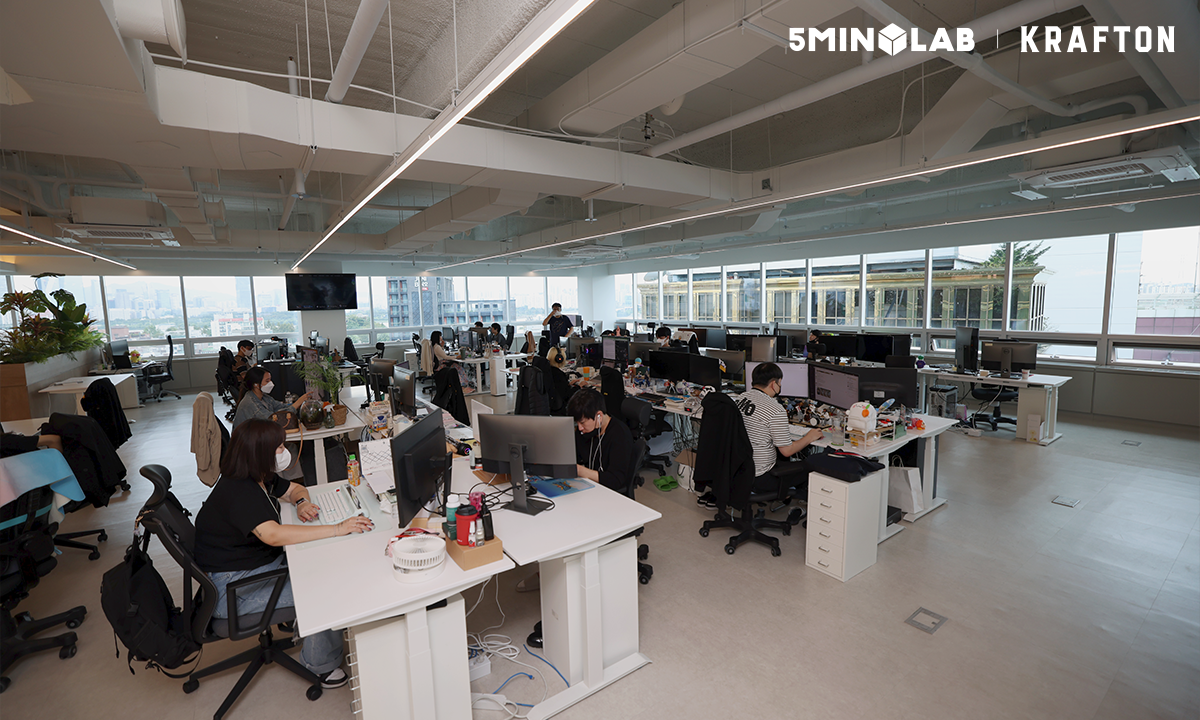 Game development is something that a team should do in harmony.
It’s difficult to make it without paying respect to each other.
To get yourself immersed in the development for 2, 3 years together with your teammates, you need a mindset to respect others. I believe people in 5minlab are such kind of people.

People say failure is the mother of success.
I think the most important thing is to overcome difficult situations even if you face failure.

I think anyone who can give constructive and sincere feedbacks and communicate with others respectfully would be able to blend in 5minlab. 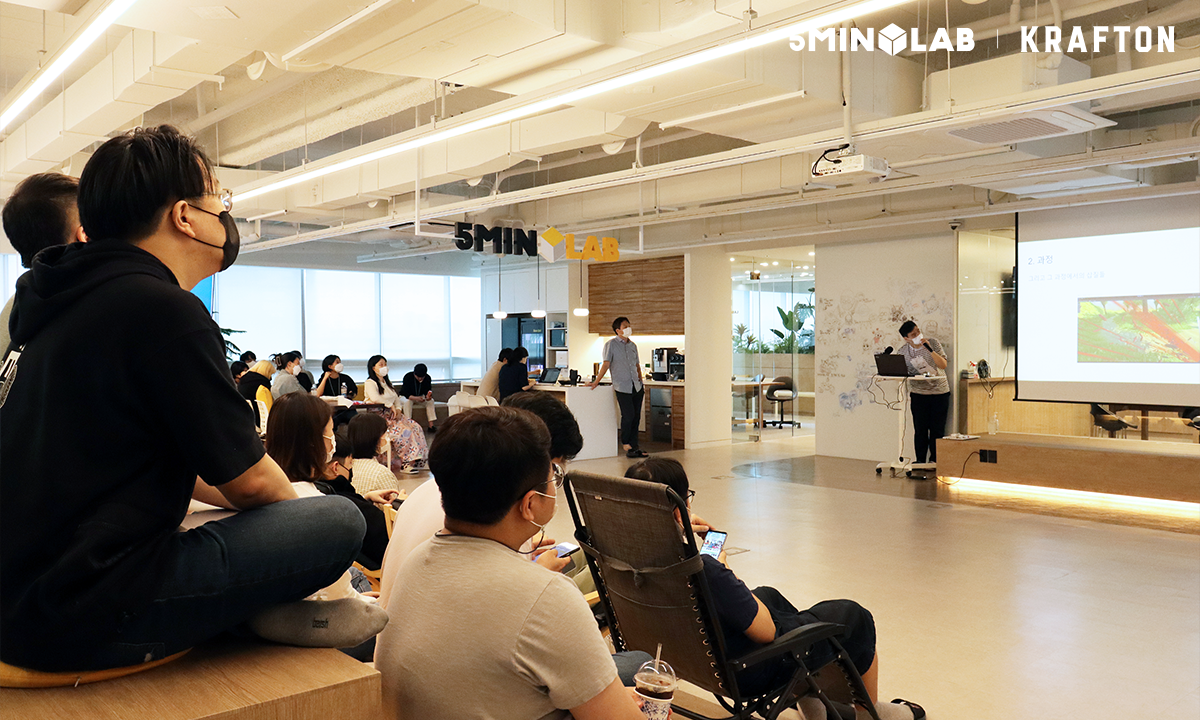 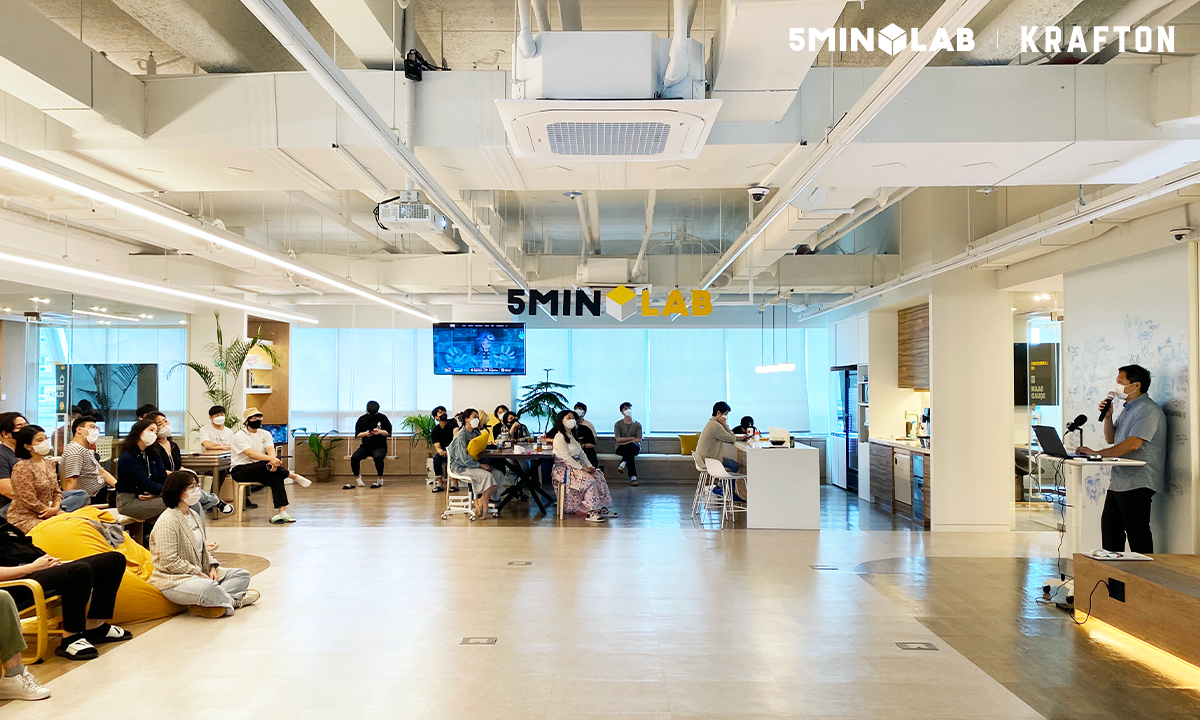 I want to make a huge success with a great game.
I hope I can make a game that many people love, and that I can tell other proudly that I’m a part of making it.
It would be also great to be awarded with it. (Laughs)

My company has really bright and happy vibes.
I’d like to be of help to keep such atmosphere for a long time.