Have you ever made a game this fast? 5minlab “2022 Summer Game Jam” held

Have you ever made a game this fast? 5minlab “2022 Summer Game Jam” held

On June 24th, the 2022 Summer Game Jam presentation was held at the 5minlab office. Game Jam is an in-house event held annually in which programmers, game designers, and artists work along as a team to create games based on a set theme within a given time.

The 2022 Game Jam was held in a more pleasant atmosphere in the newly moved office! So let’s closely look at what games were presented this year. 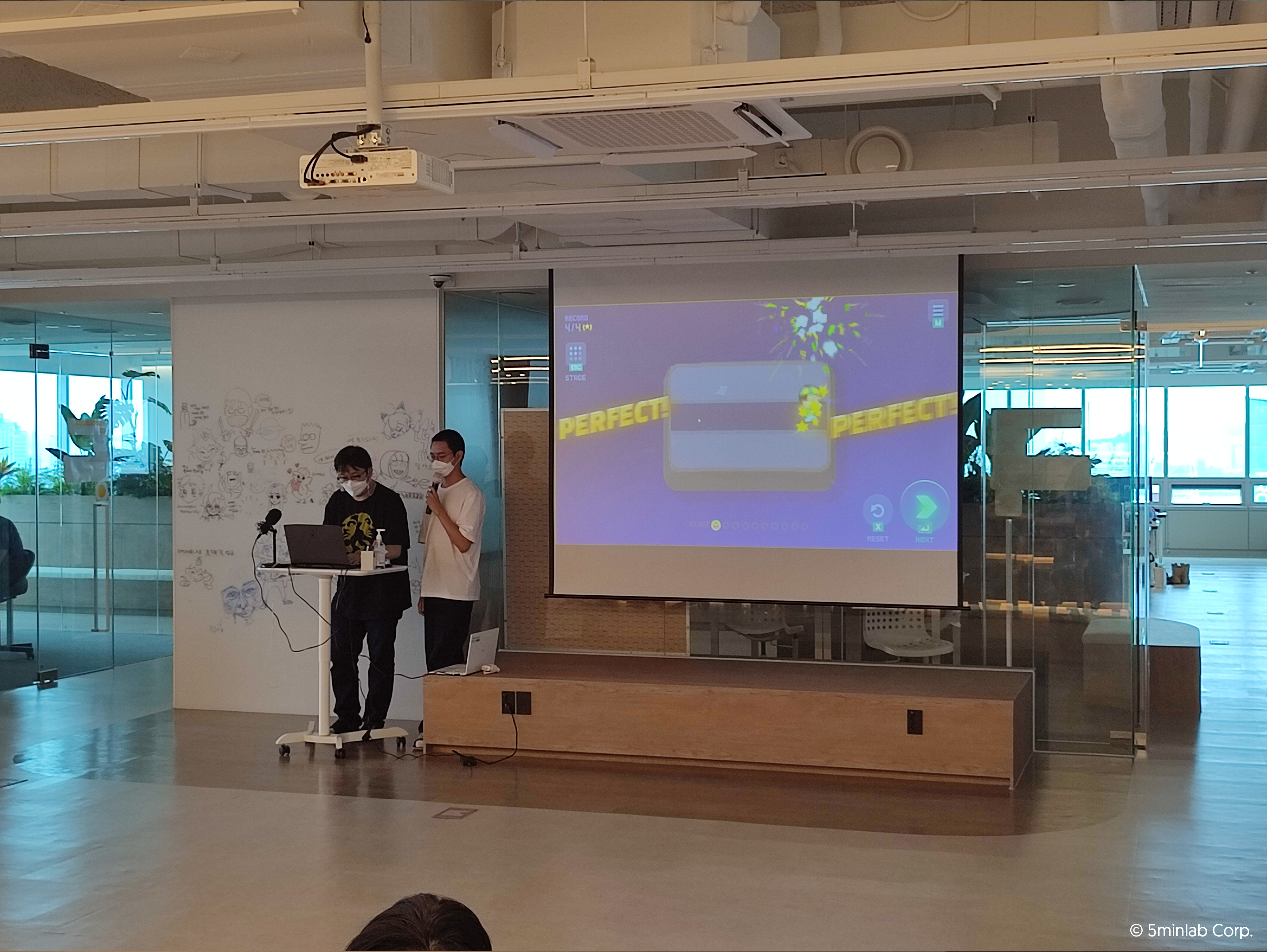 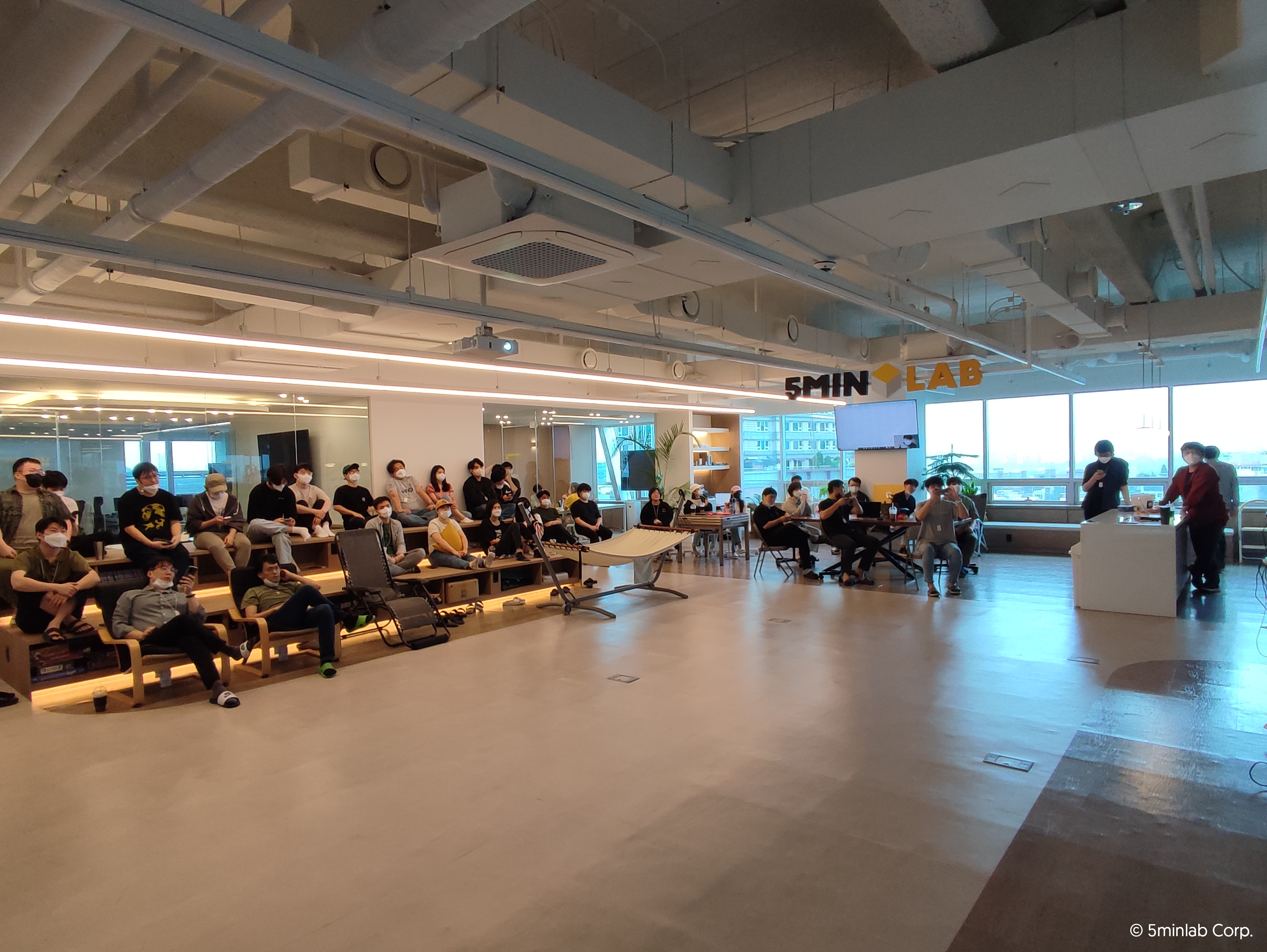 The first game is [Alice in Wonderlab], created under the theme of “Finish with one map”. [Alice in Wonderlab] is a puzzle game in which the main character of Smash Legend named ‘Alice’ is to escape from the lab by moving and jumping around various spaces. 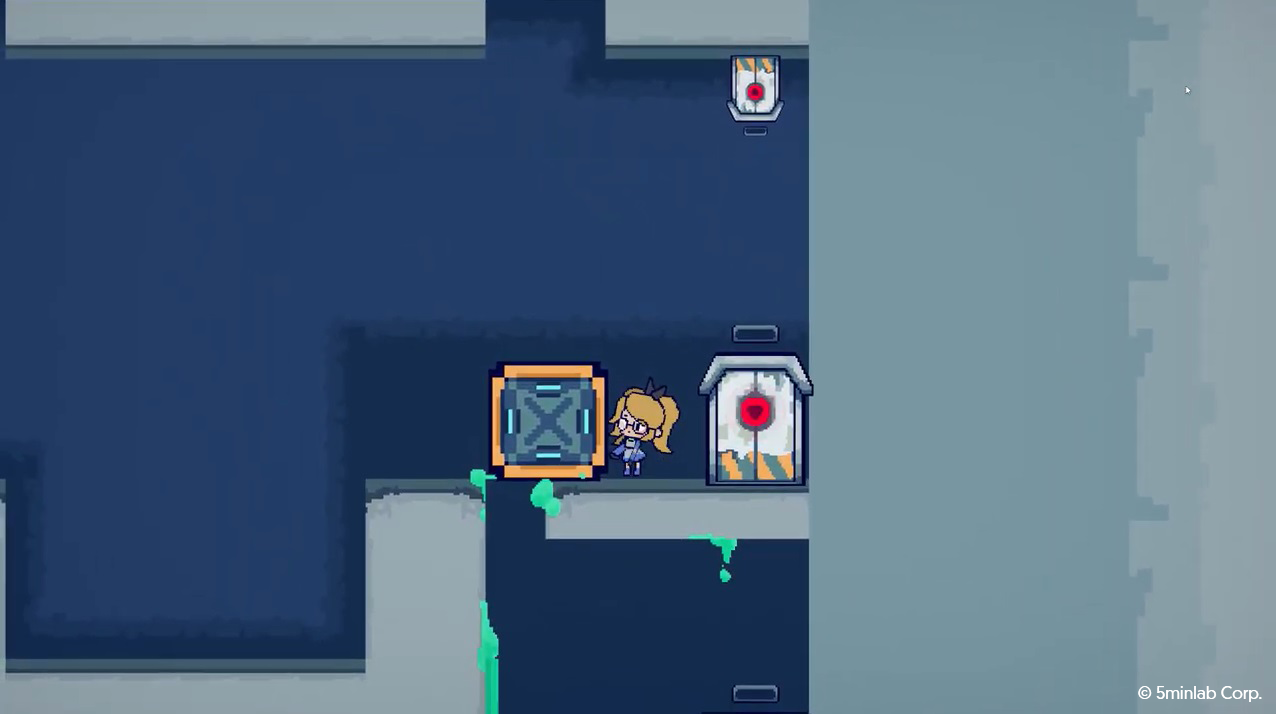 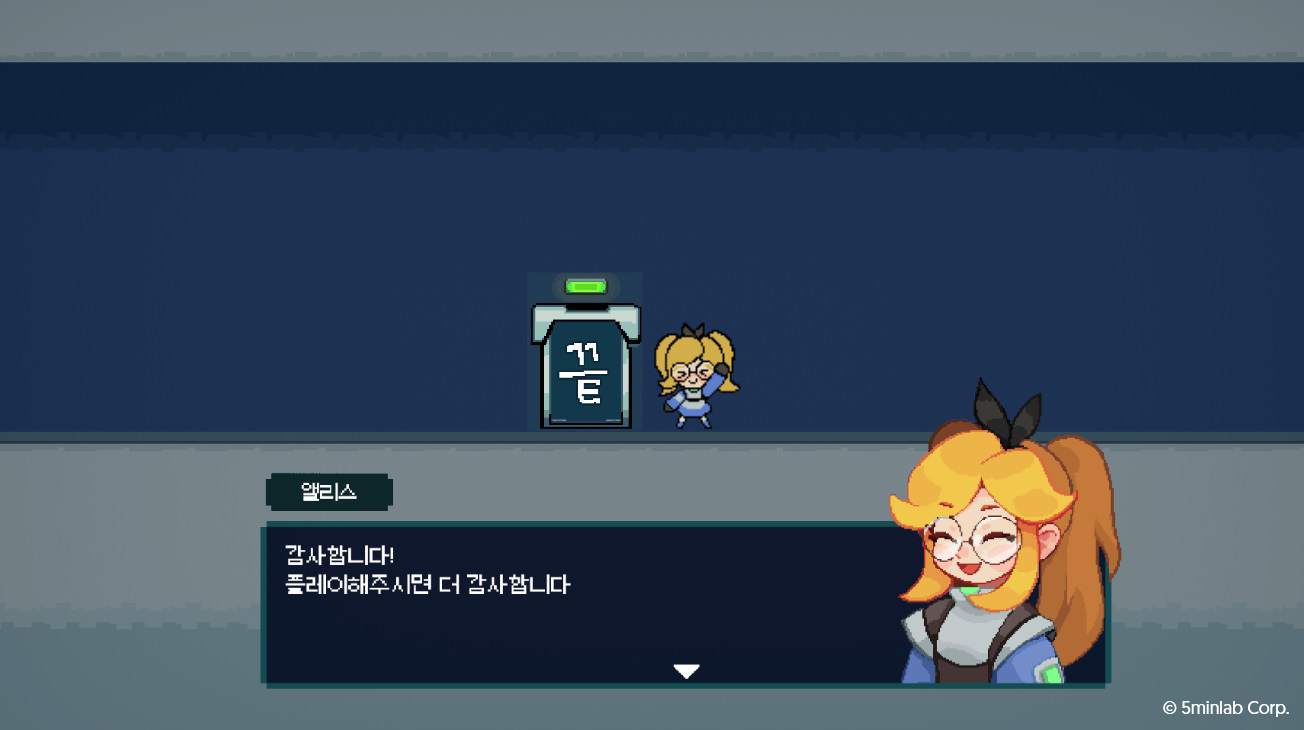 Alice freely moves here and there using the features on the map through the keyboard! However, unlike the cute graphics, the difficulty level is relatively high. Please be careful! You might be lost here and there.

In the same manner, [Dungeon and Minor] was produced under the same theme as [Alice in Wonderlab]. Its producer described its genre as a so-called ‘action survival platformer simulation crafting roguelike’…! While digging blocks and moving ahead, various enemies come across you! You can go deep into the dungeon by defeating enemies. 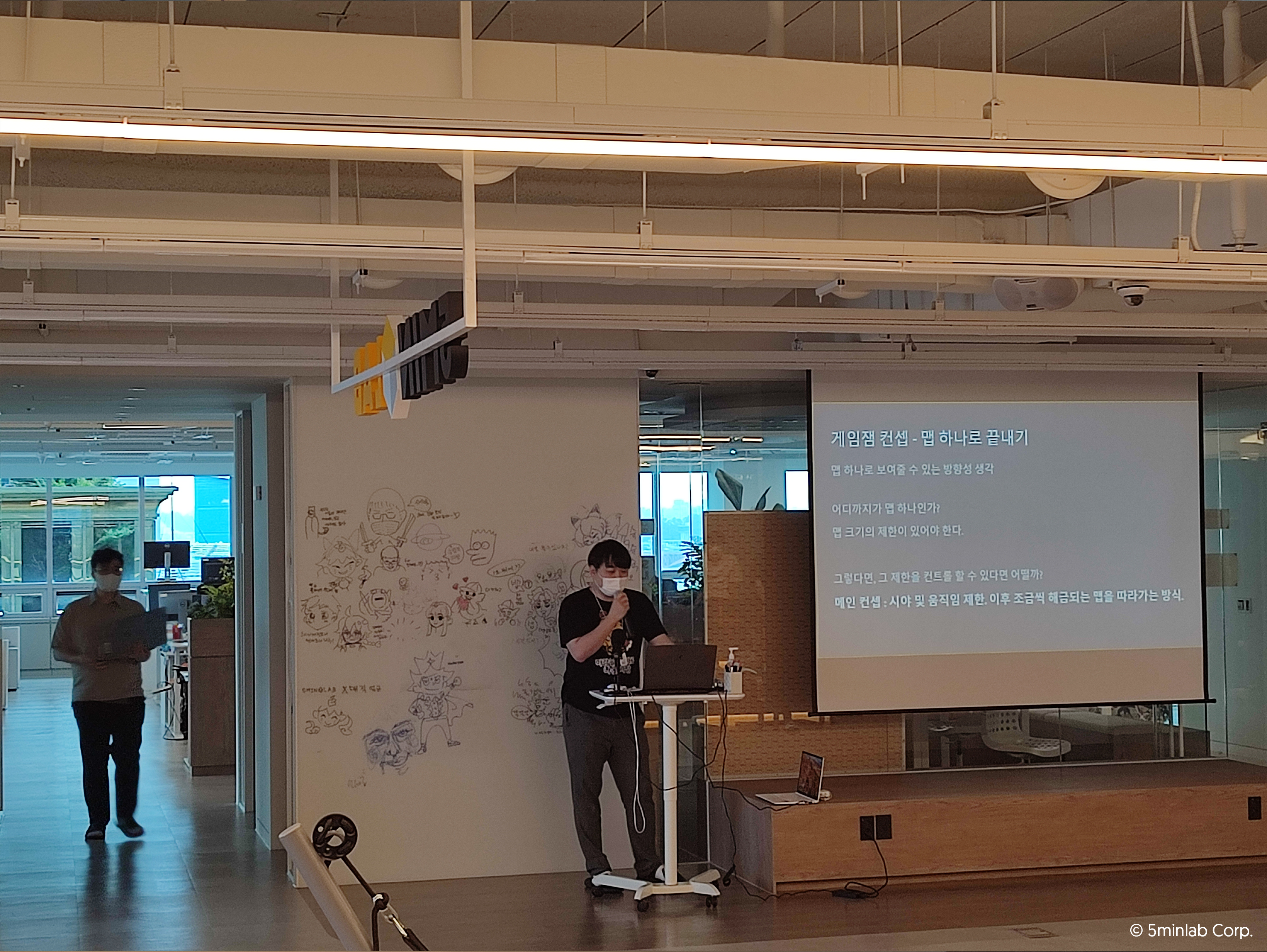 The last game to present is [2022 Social Distancing], produced without following a given theme. There is no rule telling you to create something out of nothing within a given time!

The 2022 Social Distancing was an individual game, which was previously made, and developed its game during Game Jam. Although the game mechanic has already been produced, adding new features such as the guide buttons gives a more professional and game-like atmosphere. 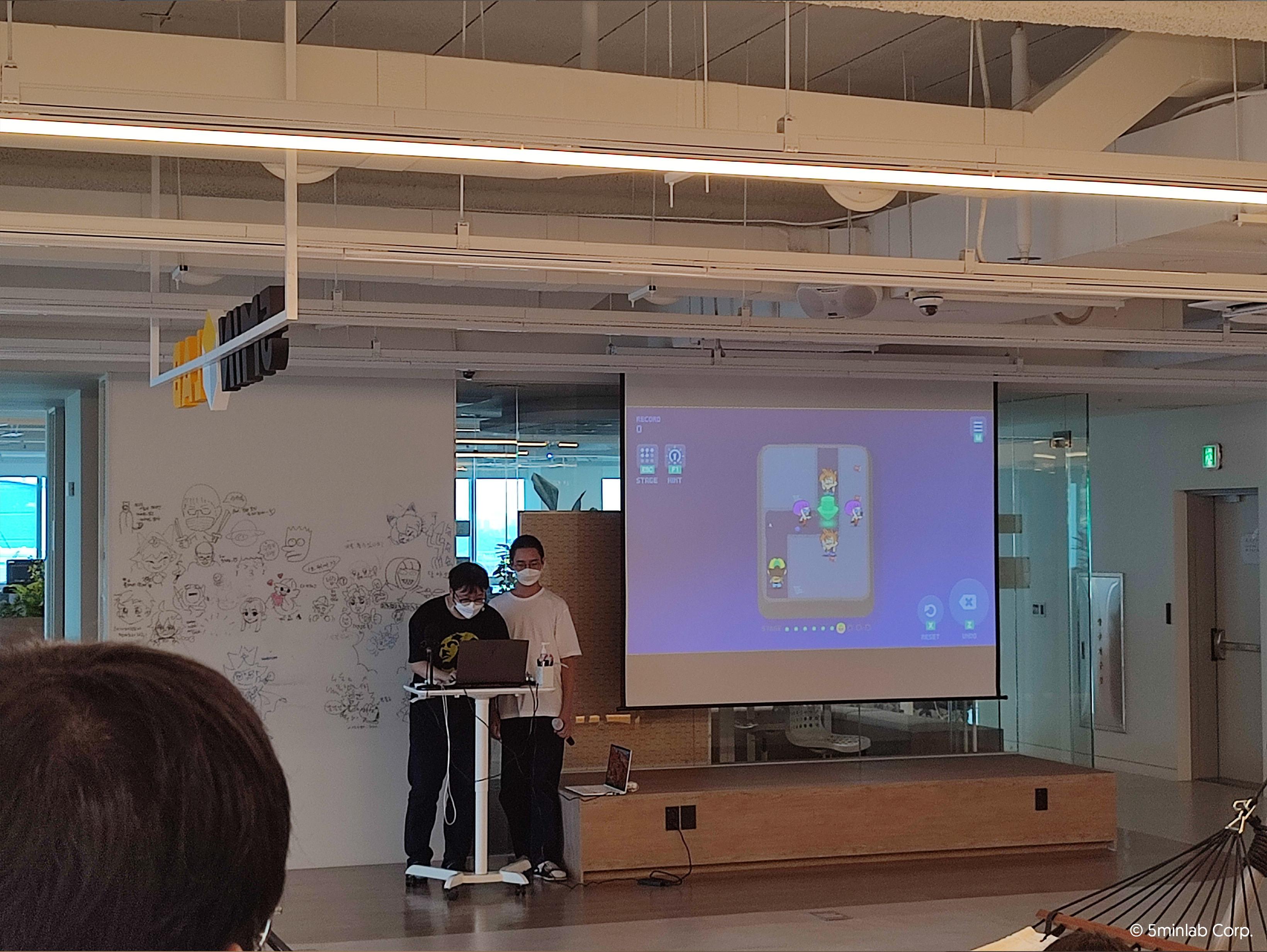 To give more information, 2022 Social Distancing is a puzzle game to clear the stage by acquiring the Carat Stones on the map and taking head not to overlap two or more characters around the player character.

This game requires more brain power due to its narrow map, which limits the range of movement. The good news is that 2022 Social Distancing was released on the Google Play Store a little while ago by upgrading from what was shown at the Game Jam.

Let’s all play together!

▶ ‘Social Distancing 2022’ Get it on Google Play Store

In addition, there are so many different games that it’s hard to believe they made it in such a short time! Can’t wait to see what games await next year at Game Jam!

Please don’t miss 5minlab’s various in-house events that will be updated in the future.